Denver, CO, August 23, 2016 -- The Museum of Named Diamonds announced today that Dallas jeweler Curtis W. Miller, of Curtis Miller’s World Trade Diamonds, has been chosen as an Associate Curator, authorized to help local consumers register their diamonds. Registration of a personal diamond means the gemstone will take its place among the named diamonds of the world, alongside the Hope, the Kohinoor, and others. As with those famous diamonds, a registered diamond is showcased in the online museum, given a unique name, and its story is both preserved and easily shared with friends and relatives.

“Every diamond has a story,” explained Miller’s wife, jewelry designer Mary Margaret Myer. “The purpose of the Museum of Named Diamonds is to collect those stories, preserve, and document them. A consumer’s engagement ring diamond will probably never be as famous as—for example—the 270 carat Centenary. But to the owner, the engagement ring diamond is the most important one in the world. As such, it deserves to be registered at the Museum, it deserves to be named, to have its story told, and preserved. Documenting these diamonds gives the added advantage of providing information for insurance companies as well as for future appraisers.”

“When a diamond is registered, it’s given a name, which is officially recorded along with other data,” explained the Museum’s Executive Director, Krista Olson. “The diamond’s name can be connected to the relationship it represents. For example, a couple whose first date was a picnic by a river might name their diamond “River Song.”

“The diamond itself is already forever,” noted Miller. “Now, with the Museum of Named Diamonds, the story of the diamond, and the love it represents, can be forever as well. It’s all very romantic, don’t you think? Further, upgrading a diamond to a MoND registered, named diamond makes a wonderful gift for any special occasion. We provide gift cards for this purpose to our customers as well.” Consumers can visit the online, non-profit Museum at: www.museumofdiamonds.org, see examples of personal diamonds and famous diamonds, and read their stories.

About The Museum of Named Diamonds www.museumofdiamonds.org

The Museum of Named Diamonds is a non-profit entity founded in 2015, to serve as a single Registry for the world's named diamonds. Official designation of this role was granted by the World Diamond Mark Foundation, a division of the World Federation of Diamond Bourses, in June, 2015. When a diamond is registered in the Museum, it is given a name by the owner. That name is typically something that connects the diamond to the relationship. For example, a couple whose first date was a picnic by a river, might name their diamond "River Song." Another Example. But it can be anything that sparks a favorite memory, touches on an emotion, or reflects something important to that couple about their relationship. Click HERE for additional information about the Museum . 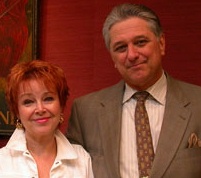